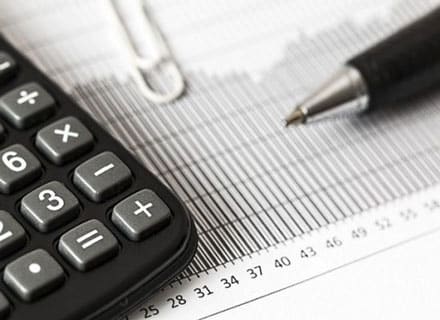 On Friday the 14th of July, the treasury finally issued their draft legislation relating to the changes to depreciation for plant and equipment items. Personally, the most positive thing about the draft is that it’s silenced the fear-mongering commentators saying that depreciation on plant and equipment would be stripped from new properties. This was never implied as part of the budget speech and it has been confirmed that new property will remain unaffected, such as with commercial properties.

The explanatory material released with the draft legislation highlights the governments fear about “refreshed” second-hand plant and equipment values. In an article by the Australian Financial Review (http://www.afr.com/real-estate/residential/landlords-face-loss-of-950-a-year-in-deductions-on-typical-renovation-20170518-gw7jod) the ATO anonymously referenced a depreciation schedule they saw with second-hand values roughly 10x what they believed to be reasonable. Unfortunately, rather than dealing with the offending firm(s), treasury and the ATO have teamed up to penalise all investors by scrapping all depreciation on previously used plant and equipment assets.

One particular firm has been heard saying that they get back more deductions than anyone else which is frustratingly misleading. One wonders whether they’re believing their own spin or are the offending party referred to above. Sure, there are some firms that aren’t depreciation specialists and will miss ways to maximise a claim, but once to get to the specialist firms, the ATO rules apply to everyone, and the estimated values should be similar.

The term “previously used” popped up several times in the legislation, and it does confirm that previously used assets are any plant and equipment assets that existed within a property prior to an investor purchase, whether it was owner occupied or tenanted. So, unless you either buy the property new, or pay for the assets yourself such as adding some carpet, you won’t be able to claim plant and equipment deductions. If you’re living in your property while you renovate it and then sell the property to an investor, the investor will have no plant claims as the assets are deemed previously used. This is not the case if you renovate your property while tenanted, you’ll be able to claim those plant values.

The treasury has suggested that these changes will fix the issue of “refreshed” 2nd hand values. I cannot for the life of me see how this will fix the issue entirely, as the depreciation that you were able to claim under the old rules, can now be treated as a capital loss at the time of sale, reducing your capital gains tax. In sexy ATO speak: To the extent that an entity’s deductions for an asset are reduced because of these amendments, when the entity ceases to use the asset the amount of any balancing adjustment is reduced and the proportion of the decline in value of the asset is recognised as a capital loss.”

Sure, that $3,375 is a lot less than $6,750, but to say that there’s now no incentive to inflate the residual values of plant and equipment assets is misleading. There still exists the incentive, it’s just about half as enticing as it used to be. So, for me, it’s far from mission accomplished. Google hard enough and you’ll find some better ideas I have to fix the problem, but to keep this brief I want to move to some analysis.

We’ve not completed a tremendous number of reports for clients that exchanged after the 9th of May just due to it only being July at the time of writing. However, we’ve analysed the first 8 reports we’ve completed and here’s the real-world impact of the changes.

So as you can see, it’s costing an average of over $5,000 worth of deductions within the first full year of claim and just under $20,000 for the cumulative first 5 years. Remember this is only for recent purchases of established residential properties, but it’s quite significant.

As written previously (https://www.mcgqs.com.au/blog/detailed-analysis-of-the-budget-changes-to-tax-depreciation-on-plant-and-equipment-budget2017/) we’ve calculated that in 83.9% of cases within our analysis of 1,000 schedules, an investor would still benefit from a depreciation schedule as building component deductions, new properties and renovated properties will continue to provide valuable deductions. With the capital loss announcement, it’s important to have a report to see the decline in value of your plant and equipment anyway. I’m sorry to have to tell those kindly people emailing me about how quantity surveyors are going to starve to death, that we’ll be ok for now, but thanks for taking the time to get in touch.