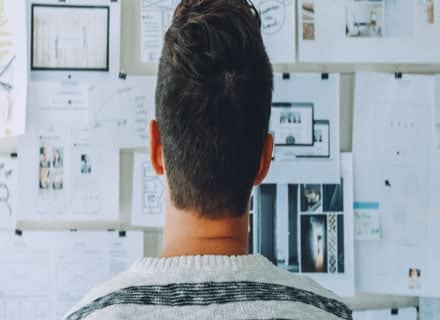 Like any good analytical thinker, I love to hypothesise.
Some think it’s a character flaw, whereas I – and those of my quantity surveying ilk – enjoy nothing more than ingesting data, extrapolating the assumptions and producing a conclusion.

I was thinking about the recent federal election and the discussions put forward pre-poll day about who gets what benefits from which particular political party. It got me wondering about how we all make gross generalisations on which particular demographic gains most from depreciation tax breaks in the real estate sector.

Like most pundits, I always assumed those property owners who earn the most money – i.e. aged 45+ and on a high average income – were the mob reeling in the best benefits courtesy of the ATO.
It seems logical, doesn’t it? If you’re at the higher marginal tax rates, surely any hand back of taxable income you receive via government rules is working in your favour?
Well, like any decent political thriller, it turns out the truth is more complex than it may first appear.

I ran some numbers and here’s what they told me:

Depreciation for all
Firstly, I checked with the ABS to find out the average salary of several age groups as at May 2018 and looked at the tax applied to those incomes as per ATO guidelines.

For the sake of the argument, I’m obviously excluding all those annoying extras that one might apply in deductions for work and other investments. Forget the nuances people, this is pure analytics of the highest order!
As you can see, it’s a reasonable spread of incomes across the age brackets from $19,952 to $80,298.
The next step was to study the average financial advantage to each age bracket of owning an investment, as opposed to not having an investment, based on the first year’s average depreciation.
For the sake of consistency, I chose a brand-new investment unit as the lynchpin investment. Units of this type are a popular and effective option for many buyers who use depreciation to their advantage.

I looked at average annual wage less the depreciation benefit from owning this hypothetical unit in the first year alone, and then calculated the resultant tax payable for each age group.

Finally, I observed the difference in tax payable (or ‘the advantage’) between those with the investment and those without an investment property in the first year across each age group. 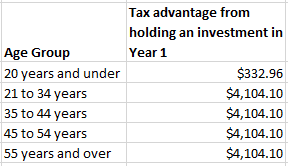 Blowing up the beliefs
The outcome was pretty revealing. My figures showed preconceptions around depreciation only benefiting high-income earners are not true. Whether you’re an average 22-year-old or an average 45-year-old, if you buy a brand-new unit, you’re still going to save the same dollar amount in tax each year.

That’s right – in your early years, an investment property makes you a ‘tax-free’ entity. Not a bad start for the young whippersnappers!
This outcome stems from the interrelationship between Australian tax rates and the nation’s average incomes.
So, as you can see, the idea depreciation only benefits the wealthiest of investors by age is patently untrue.

Now, who among you would have expected me to uncover this sort of egalitarianism when the exercise began? Certainly, among my crew, the expectations were that ATO rules meant wealthy 50-year-olds make a fortune at the expense of the younger cohort. But it turns out, everyone is on a pretty even keel.

So, at the next family barbeque when your anti-investment Uncle Bill raises an eyebrow about “fat cat baby boomer investors” who make fast money from depreciations, consider batting away his wayward generalisations with a little MCGQS science. And while you’re at it, ask your younger cousin Bella why she hasn’t considered getting into the market herself.
Turns out the young do enjoy a raft of advantages – plenty of time, enviable good looks and comparable tax breaks.