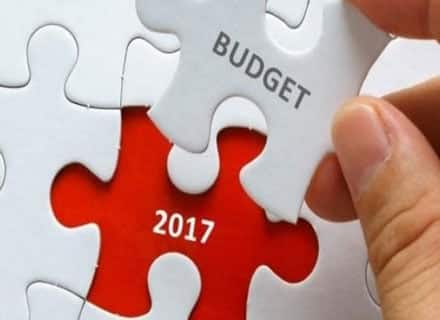 The senate has passed the depreciation changes (as of writing it is awaiting royal assent), but unfortunately a number of large quantity surveying firms have been reporting incorrect or incomplete analysis of the changes.

I’ve been modelling the impacts of the recent depreciation changes by analysing the reports in our system as well as looking at the actual impacts of reports we’re doing right now on properties exchanged after the 10th of May 2017.

It’s true that the changes are negative for quantity surveyors and investors alike, but I must again stress that division 43 deductions are unchanged and it’s rare that a property will not attract deductions even with the changes. However, I want to turn my attention to some of the misleading statements.

This is only partly true as there’s a very important caveat. You will only be truly grandfathered if you were eligible to claim deductions during the 2016/2017 financial year. To read straight from the legislation:

(2) The amendments made by this Schedule also apply to the entity, for income years commencing on or after 1 July 2017, for any other asset acquired by the entity, if:

(a) the asset’s start time is during the income year that includes 9 May 2017 or during an earlier income year; and

(b) no amount can be deducted under Division 40, or Subdivision 328-D, of the Income Tax Assessment Act 1997 by the entity for the asset for the income year that includes 9 May 2017.

I am truly sorry for pasting dry legislation in here, but I had to set the record straight! So what this means is that if you exchanged on a property prior to the 10th of May but did not rent the property out until the 1st of July 2017, you WILL NOT BE grandfathered!

Why is this important? Well in analysing 1,000 of our residential depreciation schedules, 22.4 per cent of our investors occupied their property prior to the property becoming an investment. The average duration was 4 years. So if you bought an investment in the last year, last twenty years, you’ll only be grandfathered if it was rented between the period starting 1st of July 2016 and the 30th of June 2017. It’s simply misleading to say that everyone is grandfathered when it’s possible that properties aren’t being rented out prior to the 1st of July 2017.

This little nugget featured in the draft legislation, and I believed it to be a bit of a ray of hope. I clearly wasn’t alone as there are companies offering ‘deferred depreciation’ reports catering to this way to minimise capital gains tax. I even wrote about this myself suggesting it was a way to recoup those lost deductions so long as there was a capital gain to deduct from. However, according to the tax trainer for the Australian Institute of Quantity Surveyors, this is almost certainly useless to property investors.

The theory was that you bought a 500k investment property with 20k of plant assets. You then sold it for 600k and made a capital gain of 100k which you’d have to pay tax on. However, that 20k could be taken away from the 100k capital gain leaving only 80k of gain. This is so long as all of the previously available depreciation had run out and all assets had a written down value of zero. Certainly possible if you owned the property for ten or more years. However, according to those far brighter than myself, that’s not how it works.

So without getting the depreciation to determine the 20k of plant you’d be treating the land and building as 500k and only make a 100k capital gain. So either way you approach it, you’re getting to the same outcome.

I’d love it if this were not the case as a firmly believe penalising investors is not in anyone’s interest given our reliance on aged pensions but when a former advisor to the Government on tax policy makes the point on behalf of the Australian Institute of Quantity Surveyors, we ought to be listening.

There are a number of other nuances and I expect the tax commissioner will be tested on a few issues over the coming year but for now, it’s important that investors understand these two points and are careful where they’re getting their advice from. The information above is backed by the Australian Institute of Quantity Surveyors.

Mike Mortlock is a Quantity Surveyor and Managing Director of MCG Quantity Surveyors. MCG Specialise in Tax Depreciation Schedules and Construction Cost Estimating for investors. You can visit them at www.mcgqs.com.au