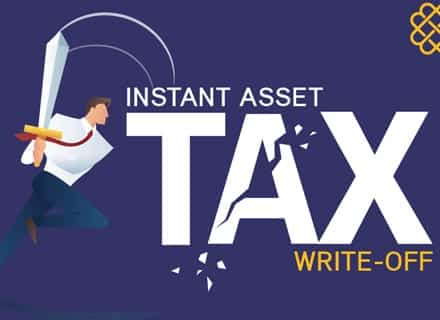 Here’s what you need to know about the changes to depreciation allowances and the instant asset write-off changes as part of the Governments $17.6 billion coronavirus economic stimulus plan.

The Government has committed $700 million to increase the instant asset write-off threshold from $30,000 to $150,000. On top of this, access to the write-off now includes businesses with aggregated annual turnover of less than $500 million. The cap was previously $50 million. As at the date of writing, this initiative will run until June 30 2020, but it would be an easy thing for the Government to extend

Using the simplified depreciation rules, assets costing less than the instant asset write-off threshold are written off in the year they are first used, or installed ready-for-use. This threshold applies to each asset irrespective of whether the asset is purchased new or second-hand.

Costed out at $3.2 billion, the Government has announced a time limited 15-month investment incentive which will run until the 30th of June 2021. Businesses with a turnover of less than $500 million will be able to deduct an additional 50 per cent of the asset cost in the year of purchase.

Most of the assets Quantity Surveyors see will be under the individual $150,000 threshold anyway, so it’s likely we won’t encounter this too much, but it will happen with some major plant items in large facilities such as air condition and the like. A typical 20% depreciation rate would equate to 70% under this measure.

The efficacy of the instant asset write-off is well proven and it’s a sensible decision to encourage business investment.

These measures are part of a larger package to provide support to individuals and businesses across Austalia.

Posted in Information, Media, News, Tax Depreciation and tagged tax depreciation
← Ensuring your home is adequately insured – What you need to knowPercentage of property investors with an ‘in-depth audit’ from the ATO →