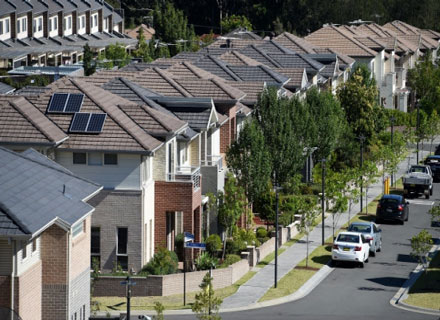 The 2010 report identified that demand for housing was likely to grow over the next 20 years, with the gap between demand and supply increasing. The report also highlighted concerns with development assessment systems, which has been echoed recently by developers concerned with the extreme amount of red tape and lengthy delays.

They key data from the report was the estimated dwelling gap of 186,800 as shown in table 4 below.

Other key findings of the 2011 State of Supply Report include;

In response to the report the new Minister for Housing and Homelessness, Robert McClelland MP, stated that “the Council’s report provides a valuable contribution to the Government’s policy development in the area of housing supply and affordability. The Labor Government has done a lot to increase the available housing stock, both public and private. However, as this report highlights, there is still a lot to be done to address the inescapable fact that growth in underlying demand for housing is outstripping supply.”

The 2011 report offers no real surprises, the shortfall in housing supply was predicted to increase and it didn’t disappoint. In fact the both the demand and supply figures moved further than predicated away from each other.

The report points to supply problems being partly due to more limited access to developers finance subsequent to the GFC. However it comments that understanding that tackling the housing shortage is not simply about increasing the number of homes being built.

It is also important to build the right types of homes in the right places. A key consideration is Australia’s ageing population. Australians are surviving longer and remaining in independent households longer than ever before, influencing the level and nature of demand for housing. The ABS notes that the proportion of lone-person households increased from 15.7 per cent of all households in the 1976 Census to 24.4 per cent in the 2006 Census. The proportion of two-person households also increased from 28.1 per cent in 1976 to 34.1 per cent in 2006.This is a combination of the influence of an ageing population, increased childlessness among couples and an increase in the number of one-parent families.

According to the report all regions are projected to see much faster proportionate growth in the number of lone-person households and households of couples without children than in the number of households of families with children. As a result, most regions are projected to see a greater relative increase in demand for flats, apartments and townhouses than for detached houses. Underlying demand for public housing and affordable private rental accommodation is also likely to increase as the population ages.

While the housing market has weakened over the past year, the Council believes that the accumulated ‘gap’ between underlying demand and supply has not disappeared or even eased.

The government has been responding to the shortfall in supply and affordable housing through the National Rental Affordability Scheme, which is providing financial incentives for investors to build 50,000 new affordable dwellings for rental to low to moderate income households. It has also invested $450 million in the Housing Affordability Fund and provides over $1.2 billion each year to the states as part of the National Affordable Housing Agreement. According to the Minister for Housing and Homelessness, the Government’s Building Better Regional Cities program will also assist the construction of more affordable homes in regional cities.

The report comments that the implications of the worsening shortage include lower living standards, or at least a slowing in the rate of improvement experienced in Australia over recent years.

It will be interesting to see how the predictions play out, and whether there will be a greater focus placed on speeding up the approvals process within local councils. The nature of our housing needs is undergoing an evolution and we expect to see developers shifting their focus towards developments that tailor to demographic changes. Whilst housing affordability has eased slightly with a correction in property prices and a decrease in interest rates, it is still an important issue in Australia that is not likely to abate unless the housing shortage is addressed.