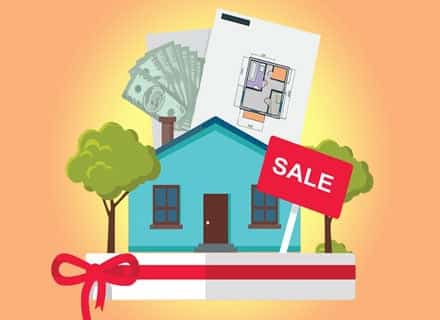 In a recent study in Canada by a Professor Paul Anglin, an analysis of the language used in real-estate ads shows that certain words are strongly correlated with the final sale price of a house. Surprisingly words like ‘charming’, ‘spacious’ and ‘fantastic’ do not equate to a higher sale price. The study dissected the wording of more than 20,000 Canadian home listings from 1997 to 2000.

According to the study, the five terms commonly used terms correlated to a higher sale price are:

The five terms correlated to a lower sale price are:

It’s clear that descriptive words that are physical descriptions of the house work well. For example even if you don’t like “granite’, the term doesn’t give the impression that the house is in poor repair.

The terms ‘Fantastic’ and ‘Charming’ are ambiguous terms which appear to be real estate agent code for a property that doesn’t have many specific strong points worth mentioning. The exclamation point was shown to be very bad news for the property, described as “a bid to paper over real shortcomings with false enthusiasm.”

The estate agents job is to market a property as well as possible, and often the property has some serious shortcomings. The choice of language is crucial as it can focus the potential purchaser on the positive attributes of the property. However, it can also provide clues as to severe shortcomings.

An agent in the U.S. Mr John Reed, responded to the study by saying “I do not believe this means you can raise the sale price of your house by using the right ad words. Rather, the cause and effect are the opposite direction. Attractive houses have specific, objective, positive things that can be said about them because they are fundamentally better houses.”
I tend to agree with this point. It’s very easy to rattle off features like ducted air conditioning and roman blinds so long as the property has them. Of course the trouble with advertising something that has few discernible qualities is that you have to say something. Reed suggests that in advertising these properties you need to remember the phrase “If you have something to say, say it. If you don’t have anything to say, sing it.” In other words, if your product has no real advantages over the competition, use a jingle to advertise it. Reed argues that real estate ad words like “cozy” and “charming” are the print equivalent of a radio or TV jingle.

What can we take from this study? I would argue the importance of keeping ambiguous terms to a minimum and focusing on the specific physical strong points of the house wherever possible and applicable.

I’d love to hear from local agents about how they attempt to market some of their more ‘fantastic’ houses.

Interestingly, listings where “landscaping” was heralded sold 20 percent faster, and homes in “move-in condition” took 12 percent less time to sell than the benchmark, although the study showed that “move-in condition” had an insignificant effect on the sales price.

It’s obvious that words matter, and Anglin’s study isn’t the only research that confirmed the importance of the choice of words.  Whether it has an effect on the final sale price of the property or the time it takes to sell the property, both are important. Anglin was asked whether he had any advice for today’s sellers. “Yes,” he replied. “Avoid the word ‘motivated.’ ”

Homes where the seller was “motivated” took 15 percent longer to sell.